Code Name: Tiranga: Parineeti Chopra and Harrdy Sandhu's starrer to be shown at THIS price on its opening day

Mumbai: The makers of the upcoming action-thriller movie `Code Name: Tiranga` have decided to cap the opening day ticket price of the film at Rs 100 per ticket at all cinemas across India.

The lead pair of the film, Harrdy Sandhu and Parineeti Chopra, shared the news with their fans through a special video. The espionage action thriller, `Code Name: Tiranga` is the story of a spy on an unfaltering and fearless mission for her nation in a race against time where sacrifice is her only choice.

Here is the post shared by the stars of the film: 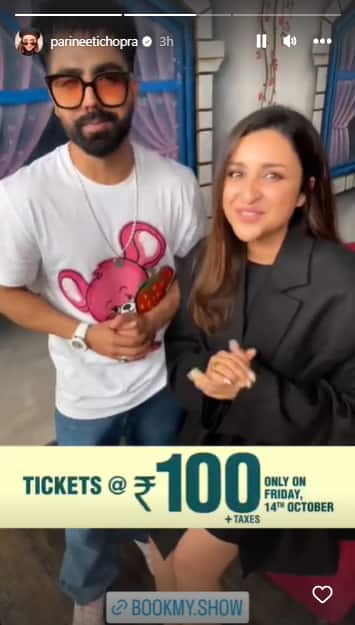 The film, directed by Ribhu Dasgupta, will see Parineeti playing a RAW agent who is on an exhilarating journey across many countries. This will be Harrdy Sandhu`s second Hindi film after the sports-drama `83`, which failed to impress the critics and also couldn`t do much at the box office.