Aamir Khan and Kareena Kapoor Khan's ‘Laal Singh Chaddha’ is being distributed globally by Paramount Pictures and fans have a lot to say about the forthcoming film. It also features Mona Singh, and Chaitanya Akkineni in pivotal parts.

New Delhi: The trailer of Aamir Khan’s highly anticipated Laal Singh Chaddha is amassing love and adoration from everywhere in the world. It's not just India who is awestruck by Aamir Khan’s unprecedented performance in the film, rather the world is talking about it! The cinephiles around the globe are gushing over Aamir’s portrayal of Laal Singh Chaddha and are hailing the star for doing justice to the Indian adaptation of Forrest Gump.

‘Laal Singh Chaddha’ is being distributed globally by Paramount Pictures and fans have a lot to say about the forthcoming film. Taking to the comment section, a fan mentioned, "I love how it is perfectly changed just enough to make it a Bollywood film and suit primarily the Indian Audience but it still speaks to everyone who has watched Forrest Gump." 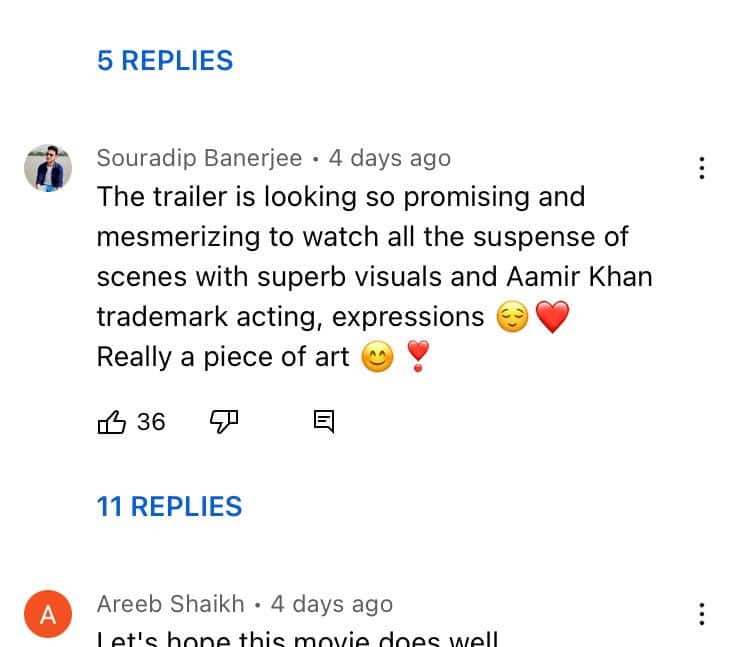 Another fan added that "The trailer is looking so promising and mesmerizing to watch all the suspense of scenes with superb visuals and Aamir Khan trademark acting, expressions
Really a piece of art." Another international user writes “As an adaption of a masterpiece, I must say THIS LOOKS PROMISING...many movies fail to copy the essence of the original while trying to surpass it but this one takes a different route and tries to incorporate the legend of Forrest Gump in an Indian style. Looks awesome”. 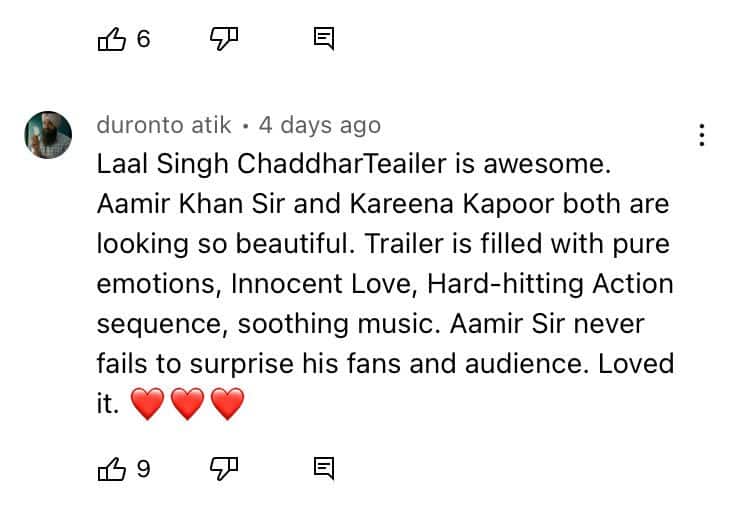 "Run forest run to bhag lal bhag and 'life is like a box of chocolates' to 'zindagi golgappe jesse hondi he' We sink to new depths everyday," says a fan. "I'm interested in seeing how the film manages to interweave important Indian historical events with Lal's life like in Forrest Gump," says a curious user.

Meanwhile, Laal Singh Chaddha’s slow-witted approach and childlike optimism have created a major impact on the minds of the audience. The trailer is currently being showered with immense love and affection worldwide. Apart from that, the songs of the film i.e. ‘Kahaniyan’ and ‘Mein Ki Karan?’ have conquered the hearts and souls of the audience. Not only are they appreciating the music but how Aamir Khan has put the spotlight on singers, composers, technicians, and lyricists by only releasing audio and not a video.

DNA Video
DNA: 'Bomb blast' of inflation on the people of Pakistan

DNA Video
DNA: Terror's game over with changes in Kashmir!