Star Indian shuttler PV Sindhu took some time off her training and tight schedule to take part in a garba night event in Surat. The shuttler is in Gujarat for the 36th National Games and because the Navratri is celebrated with much passion and vigour in the state, two-time Olympic medallist Sindhu could not help but join one garba night on Saturday (October 1). Earlier, Olympic champion in javelin throw Neeraj Chopra had also attended a garba night amid huge fanfare in Ahmedabad. He had come to the city for the opening ceremony of the National Games 2022. A day later, Sindhu had attended a garba night in Ahmedabad as well. And when he landed in Surat, she dressed up properly to attend another garba evening.

The official handle of Sports Authority of India (SAI) posted a video of Sindhu shaking a leg on the garba beats, Watch the video below:

A post shared by Sports Authority of India (@media.iccsai)

Not to forget, Sindhu is an avid dancer and someone who does not shy away from dancing even at a stage. That was evident on Saturday night as some lucky fans got to shake a leg with the star athlete. Her Instagram is filled with videos of her dancing in latest and trending tracks. She keeps a track on the latest trends and does not waste time to make a Reel dancing on them. She had earlier made a Reel on 'Kaccha Badam' trend as well. 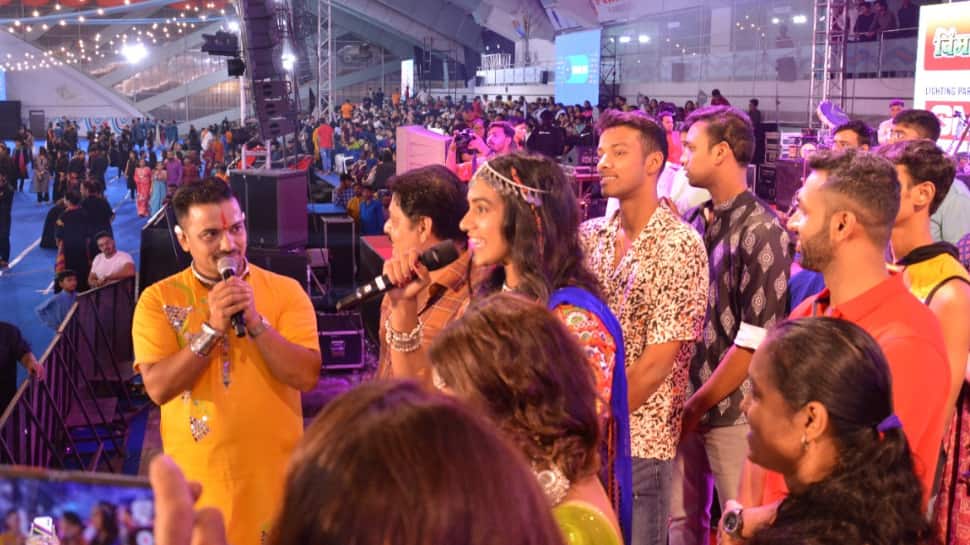 It should be mentioned that Sindhu is not in Gujarat to play in National Games, she was in Surat to attend some badminton events. Earlier, she was a part of National Games 2022 opening ceremony as well along with Neeraj Chopra, Gagan Narang, Mirabai Chanu and Anju Bobby George. Last night at Garba night, Sindhu was joined by her fellow shuttlers HS Prannoy and Chirag Shetty as well. Sindhu was looking quite cheerful doing the garba steps and was looking gorgeous in the dress for the night.