Tom Cruise starrer Top Gun: Maverick: All the 6 fighter jets shown in the movie, a treat for avgeeks

The Tom Cruise starrer Top Gun: Maverick movie is creating new records on the box office and is a delight for the avgeeks across the globe with several fighter planes shown in the movie.

The Hollywood megastar Tom Cruise starring Top Gun: Maverick, the second part of Top Gun series has been released after a lot of delays, and is shattering box office records with every passing day. The movie is a sequel to the 1986 hit Top Gun and has been well received at the Box Office, becoming one of the highest grossing movie of all time, leaving behind movies like Titanic and Avengers. However, it’s the avgeeks who are up for a delight with several fighter jets shown in the movie, right from a vintage jet, to an experimental stealth plane touching Mach 10 speed. There's even an attack helicopter in the movie, which depicts the lives of US Navy pilots operating fighter jets from USS Naval vessels. We have a look at the planes shown in the Top Gun: Maverick movie – 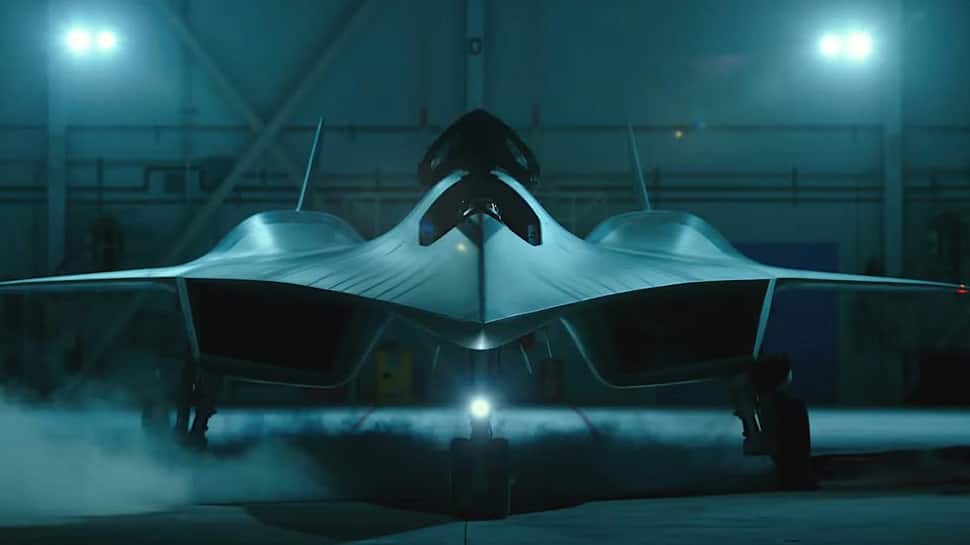 At the very start of the movie, Tom Cruise visits a secret test facility to fly a stealth plane, which resembles the famed Lockheed Martin’s SR-71 "Blackbird". However, Tom Cruise is tasked to touch 10 Mach speed on the plane called Darkstar, and SR-71 was designed to go Mach 3+ at best. For the initiated, Mach is the speed of sound (1200 kmph) and 10 Mach means 12000 kmph. For reference, the fastest operational fighter jet can go 2.5 Mach (3000 kmph).

The SR-71 was a long-range, high-altitude, strategic reconnaissance aircraft developed and manufactured in the US and was operated by both the United States Air Force and NASA. Reports say that the plane in the movie is SR-72, often referred to as "Son of Blackbird", and is a hypersonic UAV based on SR-71.

Tom Cruise, in the 1986 hit Top Gun, was seen flying the Grumman F-14 Tomcat. Now, the F-14 is making a comeback in “Top Gun: Maverick,” although for a brief time, but for a very important role, fighting against the fifth-gen fighter Sukhoi Su-57. The F-14 was widely considered the best fighter jet with 2.3 Mach top speed during the Cold War, with capabilities to carry multiple armaments. While it seems unrealistic, the F-14 did manage to outpower two Sukhoi Su-57 in the new movie and you have to watch it to believe it. 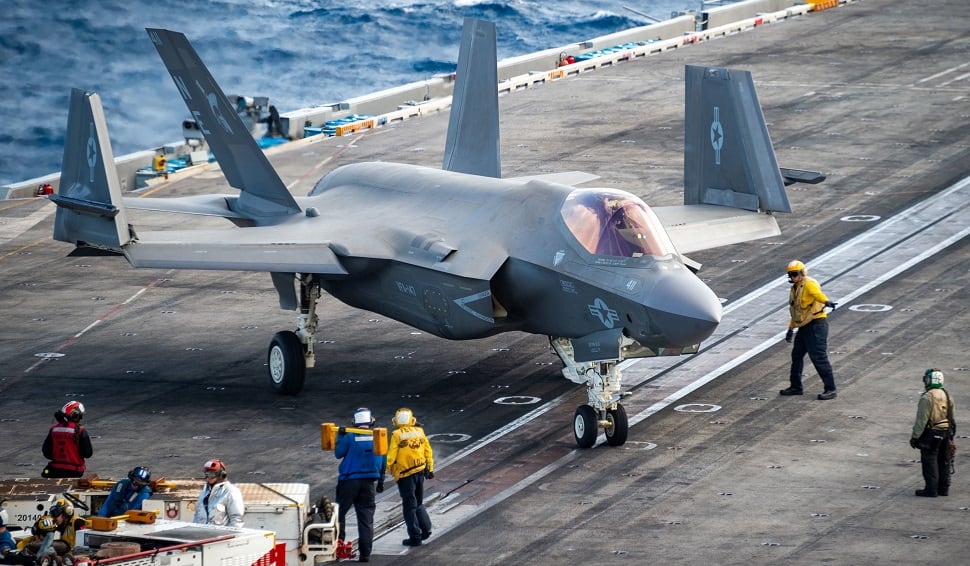 Yet another Lockheed Martin made plane, the F-35 is often regarded as the most advanced and most expensive fighter jet of our times. If it’s a Navy movie, one can’t neglect showcasing the F-35C, which is the Navy version developed to fly from a Navy Carrier. Don’t confuse it with the F-35B which has the vertical take-off and landing capabilities. The F-35A, on the other hand, is developed for the USAF.

Although the F-35C is not shown doing any action, or flying sequence, it’s very well part of the USS Abraham Lincoln fleet, where “Top Gun: Maverick” was shot. The stealth plane boasts a larger wing area than its sister jets, and more robust landing gear. The F-35A is for USAF, F-35B is used by the Marine Corps and F-35C is for Naval vessels. 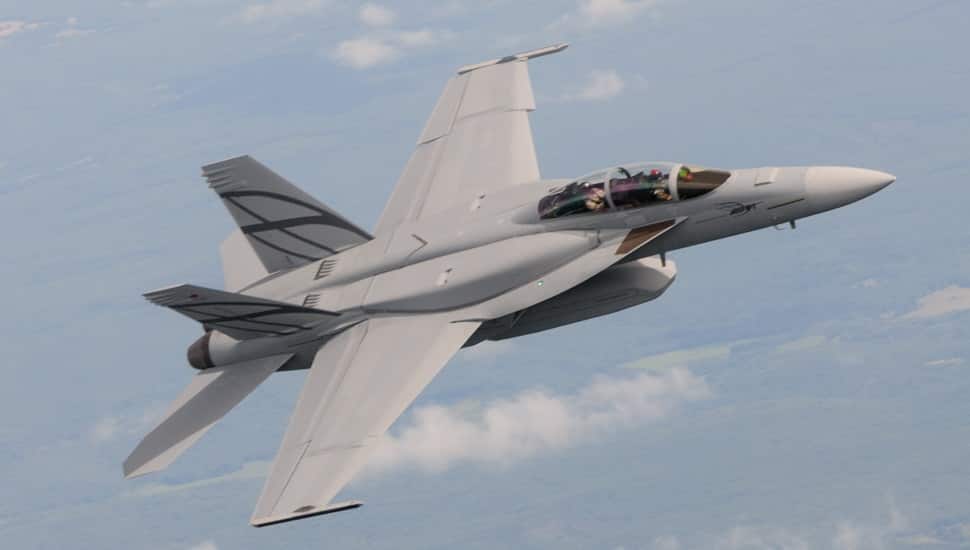 Tom Cruise was shown as a F-14 pilot in the 1986 movie, but the fighter jet was retired in 2006. As a result, Maverick was asked to get behind the stick of the Navy’s F/A-18E Super Hornet, developed by Boeing Company and has a 20% larger airframe, with 41% more range and improved General Electric F414 engines (an upgrade over the Hornet’s F404), providing 35% more thrust. Just so you know, Boeing has been pitching the F-18 to the Indian Air Force and many are seeing the movie as a soft push to company’s agenda of highlighting the planes as superior fighter jets than others. 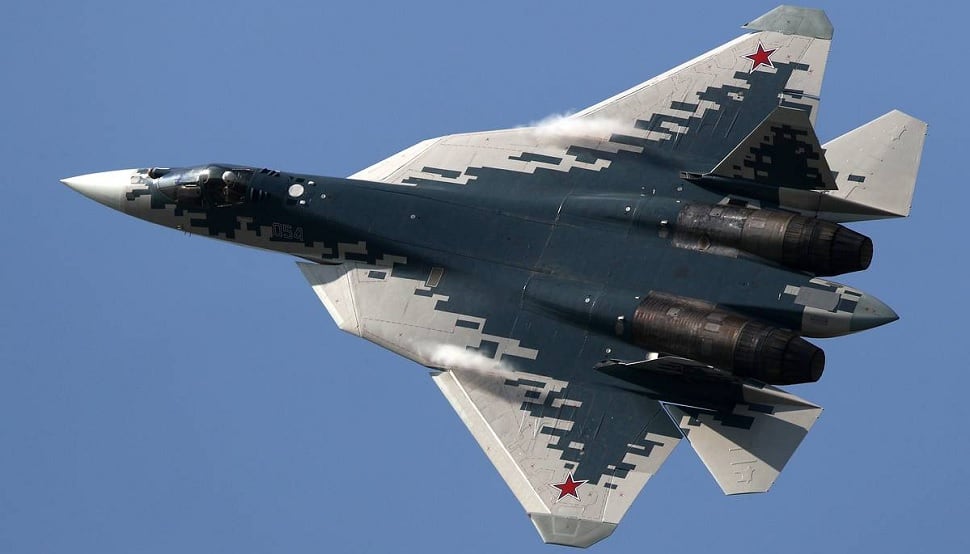 Now this fighter jet took everyone by surprise as nobody was expecting a fifth-gen Russia-made Sukhoi Su-57 to make their cinema debut this way. The “Top Gun: Maverick” crew will be seen squaring off against the Sukhoi Su-57, NATO reporting name Felon. Now before you get happy, the two Sukhoi-57 shown in the movie are an actually CGI recreation. Russia wouldn’t have loaned its most advanced Su-57 for the movie. Russia only has about 14 of them in total.

You have to and watch movie, but a fifth-gen fighter jet was of no match to Cold War era F-14, because ‘it’s the pilot, not machine’, as Tom Cruise says in the movie. To give some credit to filmmakers for not faking it, the Su-57 is considered one of the worst 5th-gen fighter jet by US-based military experts, stating that it’s capabilities are at par with Maverick’s own new F/A-18 Super Hornet. 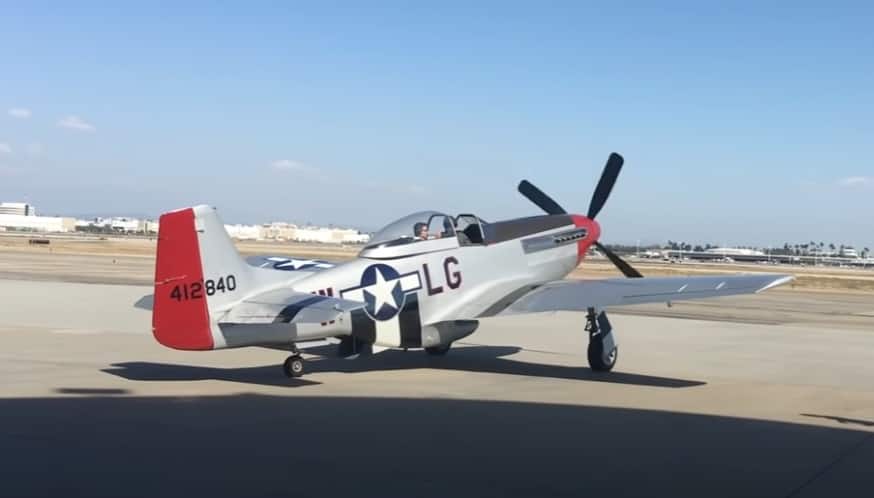 Tom Cruise is a trained pilot and can fly almost all kinds of planes, right from helicopters to fighter jets (if not the advanced ones). He himself owns a vintage P-51 Mustang, that he featured in “Top Gun: Maverick”. The World War-II era fighter is in perfect shape and is being flown by Cruise time and again. He also featured the plane on one of the episodes of Late Night Show with James Cordon.

The plane costs between $2.5 and $4 million apiece and was gifted to Tom by his then-wife Katie Homes. The North American P-51 Mustang first took to the skies in 1940, and served with the British Royal Air Force in 1942.