Mahan Air Flight 81 from Tehran to Guangzhou requested for an emergency Landing at the Delhi International Airport after facing a potential bomb threat over Indian airspace.

As per various flight tracking websites, the Mahan Air Flight 81 has successfully landed at the Guangzhou International Airport in China, after facing a bomb threat on October 3, 2022. The flight that originated from Tehran, Iran was flying over the Indian airspace towards China, when a bomb threat alarm was raised to the Indian authorities. While the Indian Air Force scrambled its IAF Sukhoi Su-30MKI as per laid procedures, the ATC requested the pilots to land at either Jaipur or Chandigarh airports as against their initial request to land at the Delhi International Airport. After denial to land at either of the airports, the pilots continued their journey and have landed plane in China. 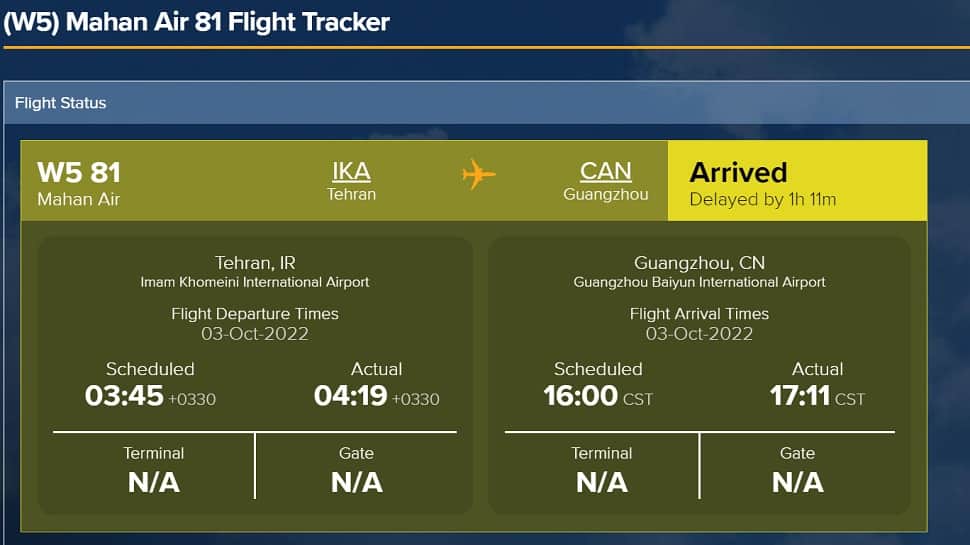 Pilots refused to land in India

While the pilot requested to land in Delhi at the IGI Airport, IAF and ATC gave them an option to land at the Jaipur and Chandigarh airports in the vicinity of the Delhi Airport. The pilot, refused the call and continued his journey towards China, as per the IAF. However, as per the laid down procedure, jointly with Ministry of Civil Aviation (MoCA) and the Bureau of Civil Aviation Security (BCAS), the aircraft was under close radar surveillance by the Air Force throughout the Indian airspace.

On 03 October 2022, intimation was received of a bomb scare on an airline bearing Iranian registration, when it was transiting through Indian airspace. IAF fighter aircraft were scrambled, which followed the aircraft at a safe distance.

"The aircraft was offered the option to land at Jaipur & then, at Chandigarh. However, the pilot declared his unwillingness to divert to either of the two airports. After a while, intimation was received from Tehran to disregard the bomb scare, following which, the aircraft continued on its journey towards its final destination," said IAF.

The foreign aircraft was headed to China as its final destination, had entered Indian airspace when the alert from Indian Air Traffic Control was shared with the plane. Indian Air Force Su-30MKI fighter jets from Punjab and Jodhpur airbases were scrambled to intercept the plane, sources told ANI.