Royal Enfield Hunter 350 is likely to be the next from the Indian brand. Images of the production version of the upcoming motorcycle have surfaced on the internet.

Royal Enfield has a slew of products in the pipeline, which the manufacturer will be launching in the coming months. The news is keeping the hearts of enthusiasts beating fast and hard. The next from the brand seems to be the Hunter 350 since the images of the final production version of the motorcycle have leaked online. The pictures from Bikewale showcase the motorcycle in flesh, and we can affirm that it looks neat. The Royal Enfield Hunter 350 is anticipated to hit the market by next month. Also, reports claim that Royal Enfield may offer the Hunter 350 in a total of two variants.

The upcoming Royal Enfield Hunter 350 will be based on the J-platform, which also underpins the likes of Meteor 350 and Classic 350. However, Bullet 350 is still based on the older UCE architecture. Therefore, it is likely to be pricier than the Bullet 350 but may undercut the Meteor 350. Also, it is a no-brainer to understand that the Meteor 350 will come with the J-Series engine. The 349 cc power plant puts out a rated power output of 20 hp and 27 Nm and comes mated to a 5-speed gearbox. 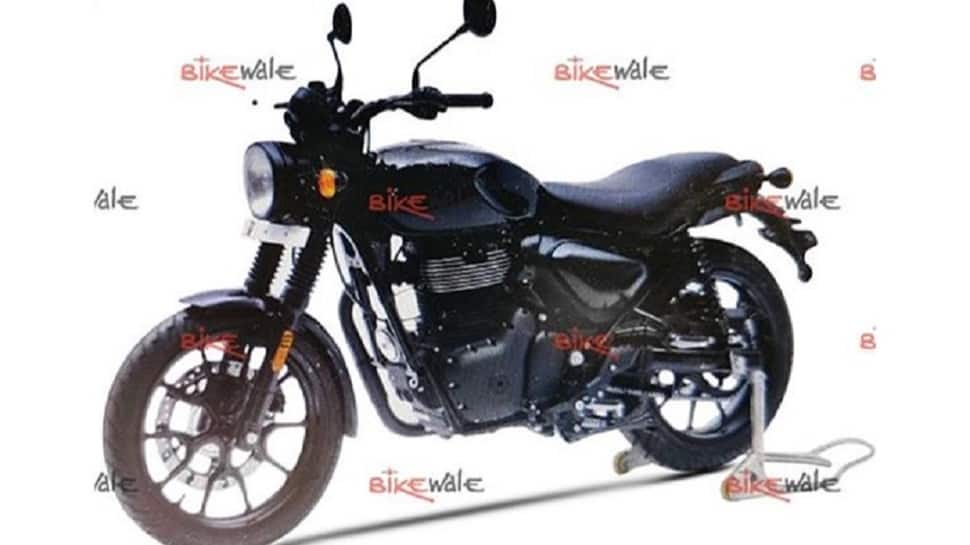 Now coming to the design, it isn’t like any other Royal Enfield on sale. The styling is based on the neo-retro theme. A circular headlamp is fixed on the front, complemented by what looks like halogen-type turn indicators. Furthermore, it features a blacked-out theme for the engine casing, shock absorbers and more.

The riding stance on the Royal Enfield Hunter 350 will be rather comfortable as the foot pegs are mounted in a mid-set position. The example in the leaked images looks like the premium version of the Hunter 350. It sports alloy wheels, fork gaiters, and a Tripper Navigation pod. These elements are likely to be omitted on the more affordable version. It may come with spoke wheels.