With over 300,000 customers in India, the Volkswagen Polo established the premium hatchback segment in the country.

Volkswagen India has launched a special-run Legend Edition to commemorate 12 years of Polo hatchback in the country. The production of the iconic premium hatchback started in 2009 and launch happened in 2010. The Volkswagen Polo was the first locally manufactured model of the German carmaker at the brands’ Chakan plant in Pune and also the best-selling VW model till date.

As for the Volkswagen Polo Legend edition, it is a celebratory edition based on the GT TSI variant that is equipped with a 1.0-litre TSI engine mated to a 6-speed automatic torque converter gearbox. The engine delivers 110 PS and 175 Nm torque and is known for its driving dynamics. 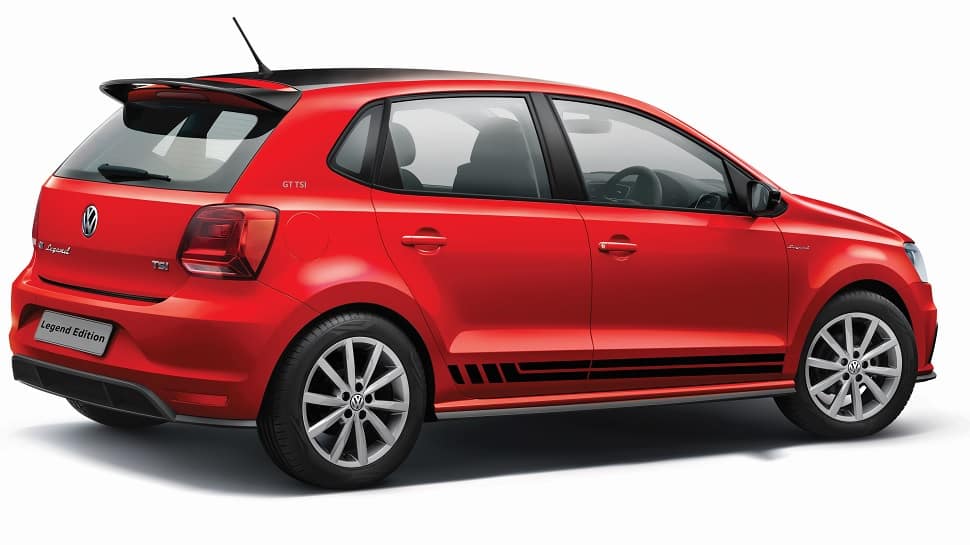 The Polo was also one of the first made-in-India hatchbacks in the segment that offered dual airbags as a standard offering and received a 4-star Global NCAP safety rating in 2014. With over 300,000 customers in India, the Volkswagen Polo established the premium hatchback segment in the country.

Ashish Gupta, Brand Director, Volkswagen Passenger Cars India, said “The Volkswagen Polo has been the brands’ much-loved product that deserves a grand celebration. For this, the brand is introducing the celebratory limited “Legend edition” for the enthusiasts who will take pride in owning the last limited units of the iconic Polo.”

To mark the legacy, the edition will come with the “Legend” title on the fender and boot badge. It will also comprise of side body graphics, black trunk garnish and black roof foil to accentuate the look of the carline making it more sportier.