Suzuki Jimny 4Sport limited edition revealed: All you need to know about this SUV

The international market has now witnessed the unveiling of the Suzuki Jimny 4Sport, which is an upgraded version of the SUV with more off-road focused additions to the car.

The new Suzuki Jimny 4Sport gets very apparent changes in its appearance, highlighted by a snorkel, which benefits the SUV by improving its water-wading capacity and increasing it to 600mm. Being the off-road-focused version, the car gets a matte black rock slider to protect the body of the SUV. Furthermore, the SUV gets multiple enhancements in the form of a black roof with a carrier and four tow hooks. The new version also gets better angles with a reduced approach angle of 31 degrees and a departure angle of 40 degrees. Moreover, it now gets a better grip on the ground with Pirelli MTR off-road tires. 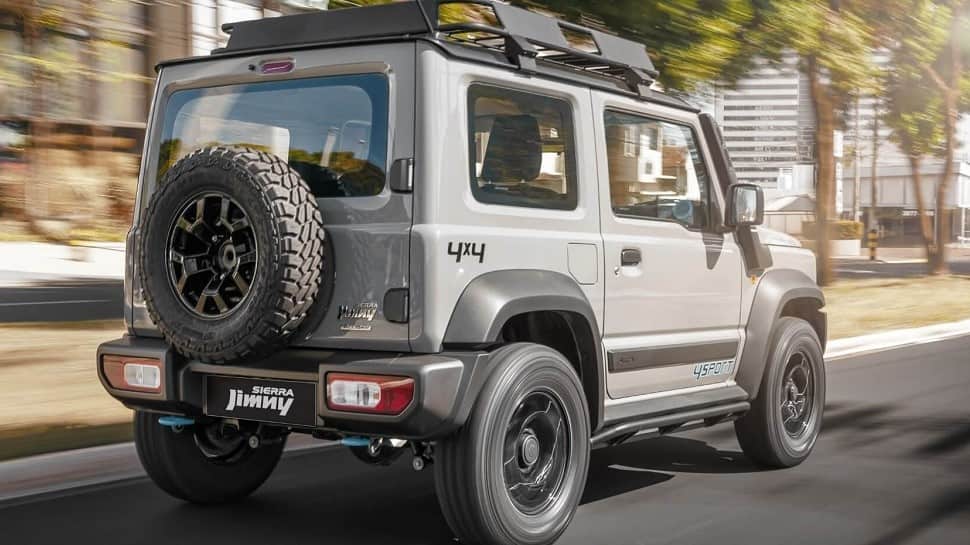 Cosmetic changes in the SUV include new side moulding, and black 4Sport badging on the doors with blue graphics on the good of the car. The same updates affect the interiors of the car, with AC vents and gear shifter getting blue highlights. In addition, the front seats get blue stitching and accents with the 4Sport logos on them.

Meanwhile, the launch of the Jimny in the Indian market still remains unsure. However, based on the ongoing rumours, the five-door version of the SUV will be launched in the Indian market soon. The Indian version of the car is expected to have a 1.5-litre K15C petrol engine with mild-hybrid technology working with a 5-speed manual or a 6-speed automatic gearbox. In India, the Maruti Suzuki Jimny will be competing against rivals like Mahindra Thar and Force Gurkha.