In a new leak, it has been confirmed that Royal Enfield will launch 4 different models, built around the upcoming Himalayan 450's architecture.

Royal Enfield Himalayan 450 is under development and everyone knows about it. However, the new motorcycle’s platform will be utilised for various other models under the 450 umbrella. Thanks to a recent leak, it shows that the Himalayan 450 will be the primary model of this new platform and engine, but the same will be used to develop more motorcycles. Since silhouettes of other models are visible, it can be understood that Royal Enfield will develop a scrambler on the same chassis. In fact, a standard motorcycle like the Hunter is also on cards. Moving on, a hardcore trail-spec motorcycle is in the pipeline too. 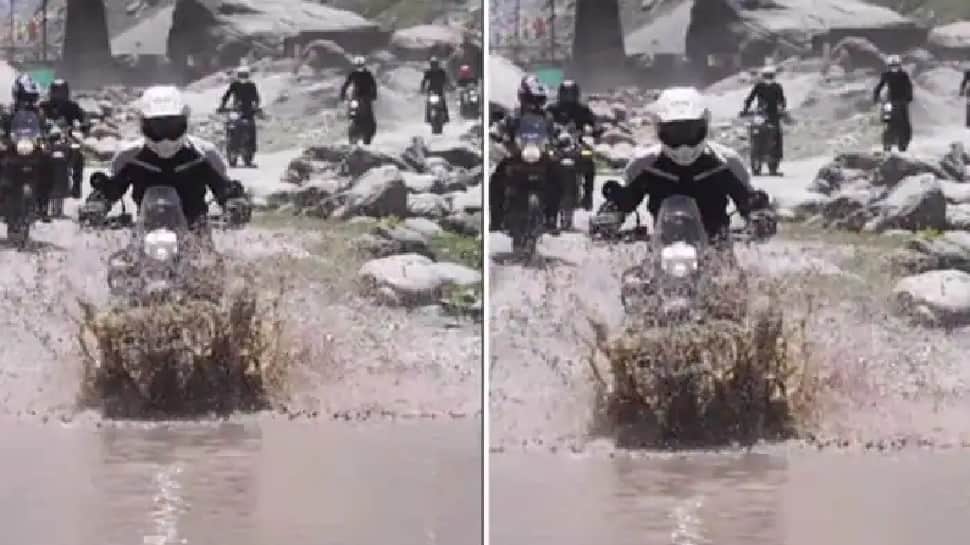 The image further reveals that a cafe racer with the same architecture and 450 cc engine will be launched in the Indian market. With the new chassis and engine, Royal Enfield will bridge the gap between its 350 cc and 650 cc range. Also, we won’t be surprised if Royal Enfield replaces the outgoing Himalayan with the new larger displacement motorcycle.

Test mules of the Royal Enfield Himalayan 450 have been doing rounds for a long. Perhaps, the mules now don a production-ready avatar. The design looks brawny, and with not enough camo to hide details, we do know a thing or two about the motorcycle. It will get a single-piece seat with exhaust mounted on the left-hand side beneath the pillion seat.

Moving over to the scrambler, it is safe to say that it will get dual-purpose tyres with enough suspension travel to bash it around a bit. Likely to be christened Scram 450, this Royal Enfield will offer an upright riding stance. A cafe racer based on the roadster/standard avatar of the motorcycle will be the most dominating one of the lot with an intriguing riding position.