Maruti Suzuki Jimny is expected to be unveiled in the upcoming Auto Expo 2023 with the option of a 7-seat version and 1.5-liter K15C naturally aspirated petrol engine and hybrid technology.

Maruti Suzuki Jimny is one of the most capable off-roaders of the Indian automaker and is set to be launched in India. The test mule of the SUV has been spotted multiple times, testing on Indian roads. Because of the repeated sightings, there have been rumours that the five-door version of the SUV will be unveiled for Indian consumers at the upcoming Auto Expo 2023. But changing the track, the Maruti Suzuki Jimny has been recently spotted in a 7-seat version. Rushlane brought attention to the new, unexpected development by spotting the new 7-seat version of the SUV on Indian roads.

The new test mule of the Maruti Suzuki Jimny evidently shows a bigger size. Rolling on the roads, the SUV also showcases certain features like black alloy wheels, door handles, OVRMs, and a spare wheel hidden under a tightly packed camouflage. Moreover, a peek into the interiors of the car reveals red upholstery on the seats.

Speculating on the new development, the Maruti Suzuki Jimny will be unveiled as a 5-seater at the Auto Expo with the option of 7 seats. The extra seats in the car might come as jump seats. Expectations are that this SUV will be loaded in terms of features. It might get things like a 9.0-touchscreen infotainment system with connectivity, steering-mounted controls, and multiple other such amenities in its feature list. 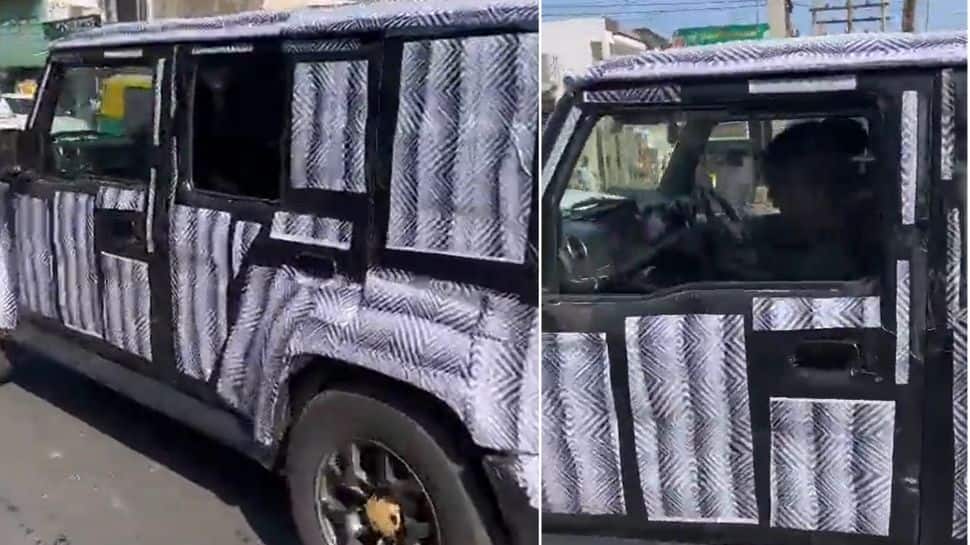 Most likely, the 1.5-liter K15C naturally aspirated petrol engine and hybrid technology from the automaker will be used as a power source in the upcoming five-door Maruti Suzuki Jimny. This engine, which can produce roughly 103 PS and 136 Nm of torque, will be available with both 5-speed manual and 6-speed automatic transmission options. Moreover, the SUV will be equipped with a four-wheel-drive system like the version sold in the international market. 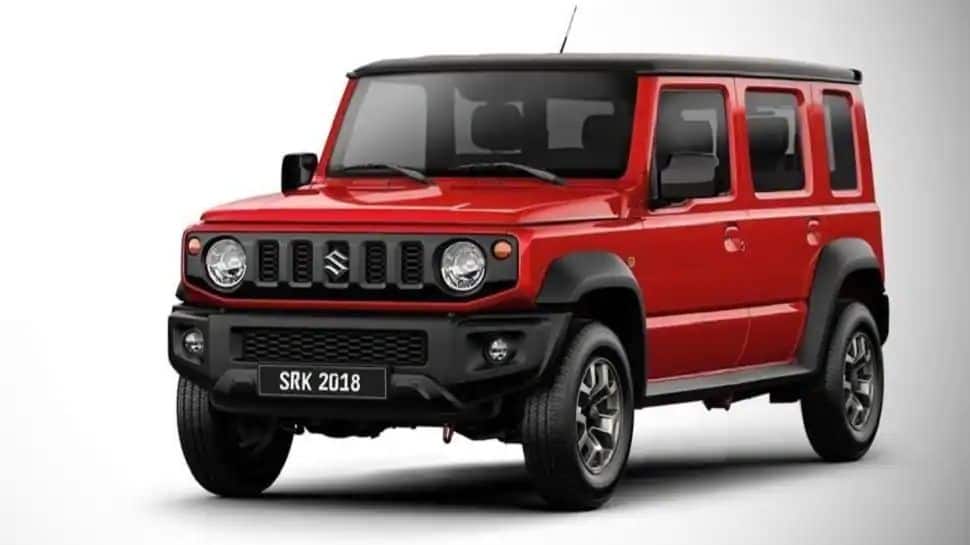 Though there is no official information on the launch of the car, considering the frequency of the sightings of the test mule, the Maruti Suzuki Jimny can be expected to launch soon. Upon launch, the SUV will go head-to-head with the Mahindra Thar (which commands a good consumer base) and Force Gurkha in the Indian market.