Tata Motors is planning on launching the Tata Safari facelift and the SUV is expected to get multiple changes in its looks and upgrades regarding the feature list.

The Indian car market is witnessing an increased number of SUVs being launched by various manufacturers, and Tata Motors is no different. Although to make it clear, the Indian automaker is not launching a new SUV; instead, they are planning on bringing the facelift version of the Tata Safari. The SUV was launched in India at the start of 2021 as the six, seven-seater version of Tata Harrier and had been trying to stabilize its roots in the Indian markets. Now, new spy shots have surfaced on the internet of the facelift Tata Safari revealing intriguing exterior details of the SUV.

Based on the new spy shots, the facelift Tata Safari will have a newly designed grille replacing the tri-arrow design with a rectangular shaped pattern with silver highlights. The new changes bring the 2022 Tata Safari even closer to Harrier. The rear end of the SUV gets a bumper finished in black. 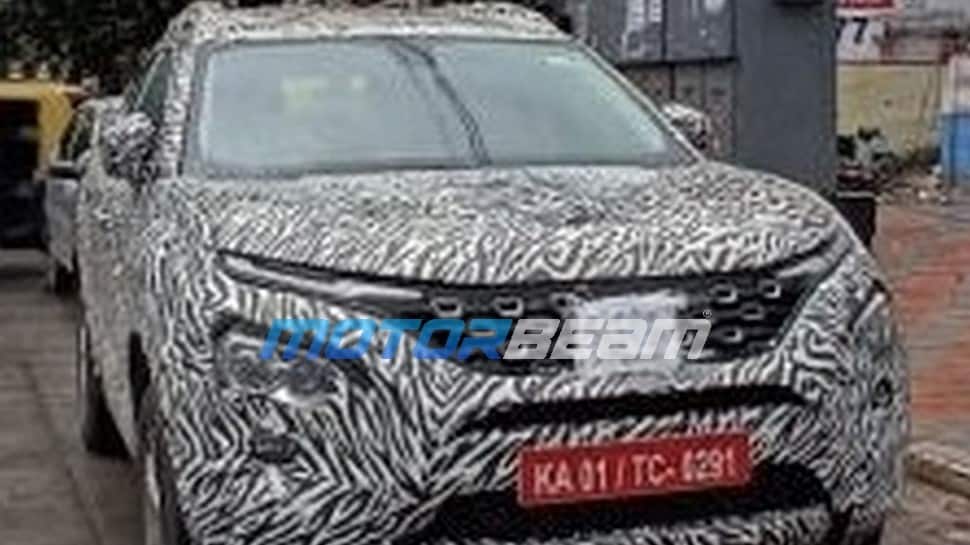 Along with the upgrades in the look, the new Tata Safari is also expected to get multiple new features. Among the new features, it is expected to get a bigger infotainment screen with advanced connectivity features. Moreover, it might also get features like a 360-degree camera. Besides, the Tata Safari facelift is expected to have multiple new safety features like ADAS (Advanced Driver Assistance Systems), cross-traffic alert, lane keep assistance, and autonomous emergency braking, among others.

It is to be noted that there is no official information on the launch of the 2022 Tata Safari. Upon launch, the Safari will compete against three-row SUVs such as the Mahindra XUV700, Hyundai Alcazar, and MG Hector Plus. With increasing competition and manufacturers releasing updates one after the other, the feature upgrades for the Safari are essential to stand toe to toe with the competition.