The 2022 Mahindra Scorpio-N was recently launched in India at Rs 11.99 lakh and joins XUV700 and original Scorpio in the company’s big 7-seater SUV lineup.

The newly launched 2022 Mahindra Scorpio-N received rave response from potential after Mahindra received more than 1 lakh bookings for the SUV within 30 minutes of opening bookings for the buyers. Not just that, within the first minute, the New Mahindra Scorpio-N registered 25,000 bookings, highlighting the kind of attention it is getting from the buyers. The butch SUV from the homegrown brand has managed to carve a niche for itself over a period of 2 decades and the all-new Mahindra Scorpio-N takes the brand name even further. The new-gen avatar of the Scorpio is designed from the ground up, and innovations set it apart from the outgoing model. So read on to find out what makes the 2022 Mahindra Scorpio-N such a best-seller in the Indian market in our first drive review of the SUV.

The Mahindra Scorpio has been the very definition of SUVs that scare you, but the Scorpio-N takes a more premium, road-friendly design theme. Right from the overall silhouette to the front, back and side, everything has been changed in the new model. At the front it gets new Mahindra grille with twin peak logo, muscular wheel arches at the side and a tall stance at the rear. The L-shaped taillights have been seen in some other vehicles on the Indian roads as well.

The charm of the Scorpio is to stand on the side steps and sit on the high set seats with a commanding view, making you feel you are on the 1st floor. As for the overall design, every individual has a unique taste. Like for me, I look for wideness in a SUV and the Scorpio gets a wide front. But the back gets a tall design snatching away the wideness and that’s why I am not a big fan of Scorpio-N’s design. I still like the previous Scorpio more! 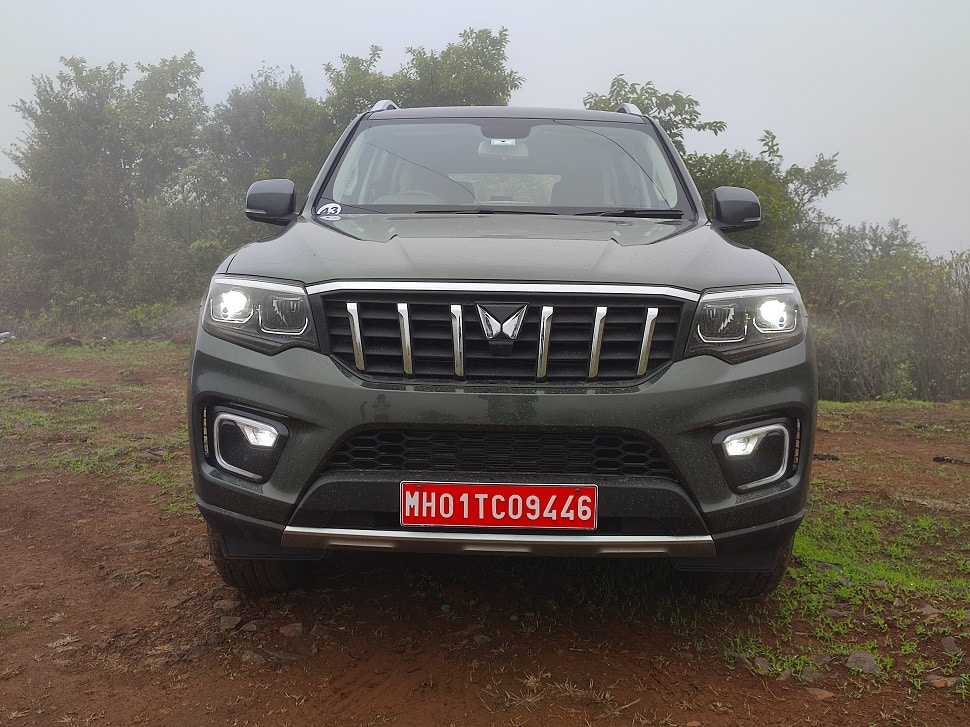 Move inside the cabin and the new Mahindra Scorpio-N welcomes you with a dark, dual tone brown and black theme. It gets a waterfall central console with a touchscreen infotainment system powered by AdrenoX technology and vertically stacked AC vents. The screen size is only 8-inches, which is small for my liking, while the instrument cluster is semi digital, unlike the XUV700’s fully digital console. I also missed a panoramic sunroof and electronic parking brake.

What the Scorpio-N gets is a single pane sunroof, wireless charger and 70+ connect apps, along with wireless Android Auto and Apple CarPlay. There’s also built-in Alexa functionality and 3D Immersive Sound System by Sony. The overall quality, fit and finish and cabin experience is much better than previous gen Mahindra cars, and most importantly, Scorpio. 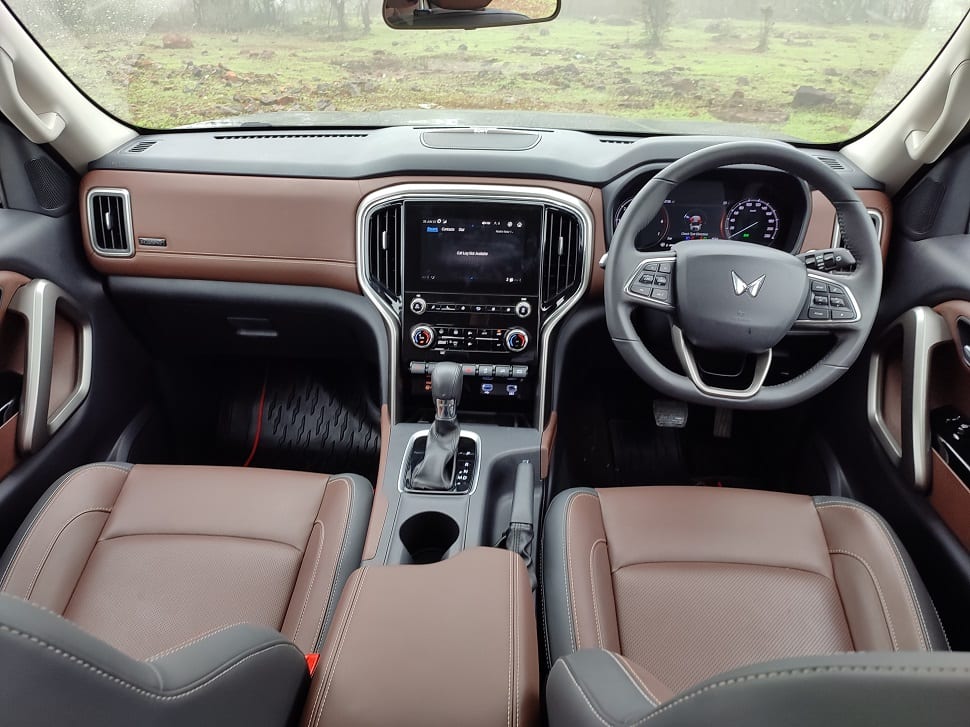 As for the space inside, the Mahindra Scorpio-N gets three rows of sitting and the third row now has bench type seating instead of jump seats. Just like all the 7-seater sub-20 lakh cars in India, the rear space is not upto the mark and at best can only accommodate children. Also, not able to access the rear seats from the side opening doors is another big negative. The boot is space with all the seats up is decent enough, while the middle row seats get ample amount of legroom and headroom.

The Mahindra Scorpio-N is being offered with 2 engine options, both petrol and diesel. While the 2.2-litre diesel engine gets 203 PS output, the 2.0-litre petrol gets 175 PS rating, both sourced from the XUV700. The gearbox options include a 6-speed manual and an automatic as well. We got a chance to drive only the mhawk diesel engine with 400 Nm of torque and with automatic transmission. 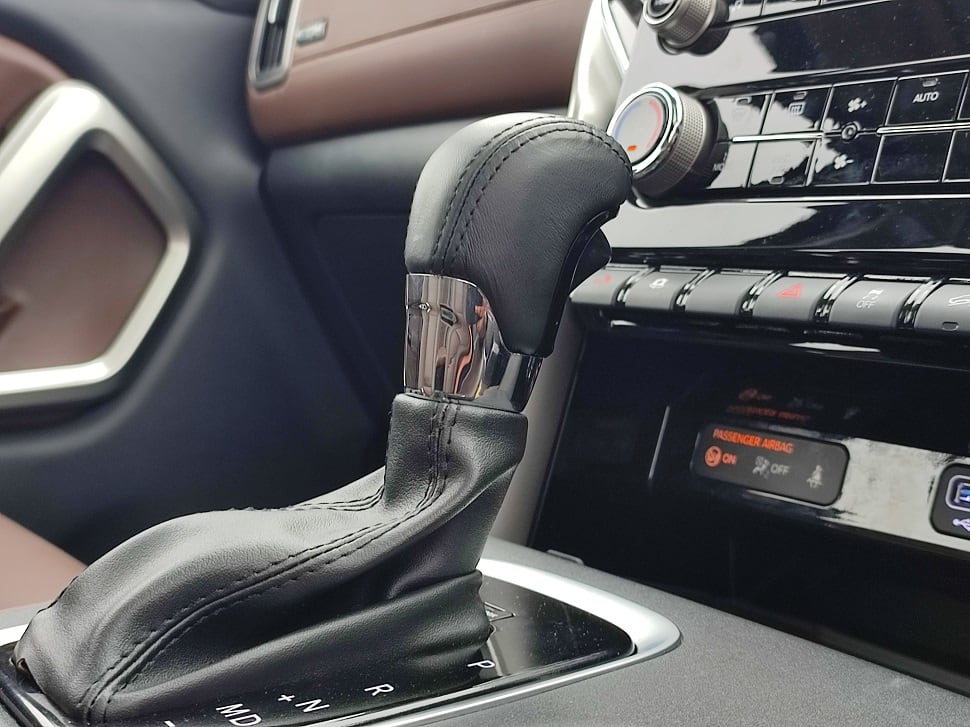 The engine output was good and I found the gearbox refined and not clunky. The biggest asset or the USP for the Scorpio is its suspension which is supreme and tackled the broken Pune roads with ease. Mahindra has tuned the steering for a comfortable city drive and that has resulted in a bit of oversteer for highway driving. The engine noise also creeps in when accelerating hard.

What’s surprising is how well Mahindra has managed to control the pitch and roll movements. The Scorpio-N doesn’t do any funny movements as it used to do in regular Scorpio. There’s also the 4XPLOR version with intelligent terrain management technology having modes like Mud and sand among others. Mahindra will also offer a 4Wheel Drive System, while there are three driving modes Zip, Zap and Zoom. Overall, the Scorpio-N surprised me with its supreme ride quality. 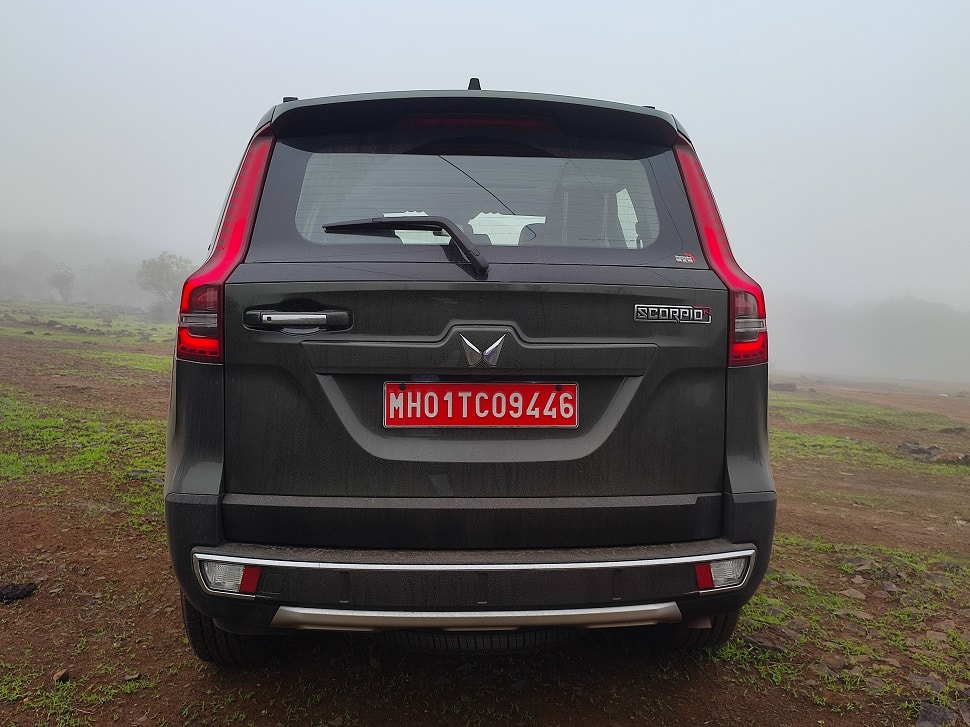 In all honesty, I was left a bit confused with the placement of Mahindra Scorpio-N. Starting at an introductory pricing of Rs 12 lakh (ex-showroom, for first 25,000 customers), this new SUV is stacked almost similar to the much premium Mahindra XUV700 and the original Mahindra Scorpio with no features at all. So, who's the buyer of the new Scorpio-N? Well as far as my understanding goes, the Scorpio-N perfectly fits the bill for anyone who's looking to buy a butch and tall looking SUV under Rs 20 lakh with added gadgets, premium feeling and loads of space.